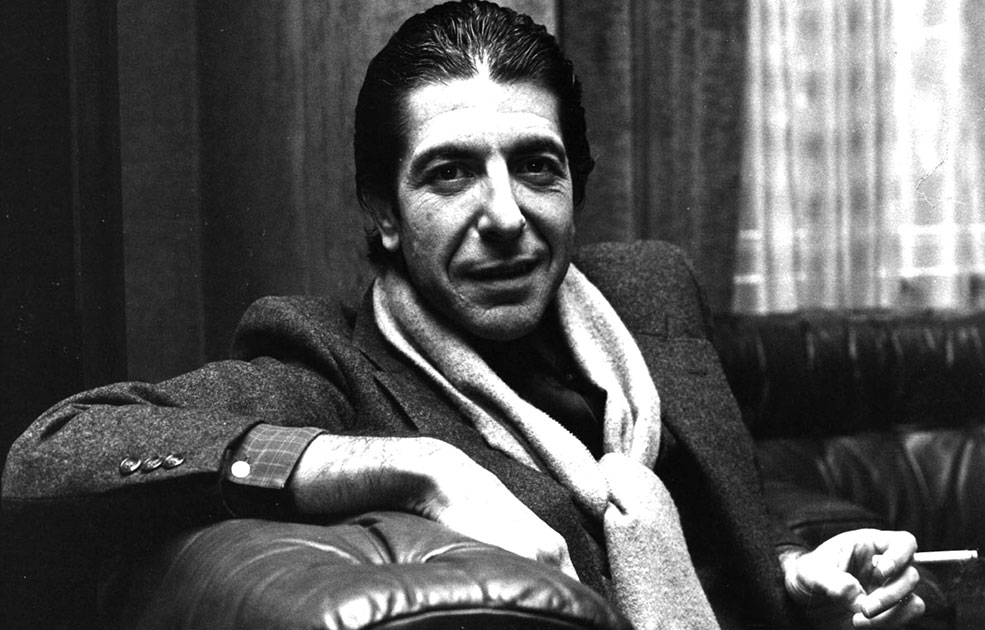 My new website went online officially on Thursday, November 10, 2016. I was very excited about this and wanted to write my friends immediately to ask that they visit and browse. Then I found out that last Thursday was to be the date of Leonard Cohen’s funeral in Montreal.

So, out of respect for him, I delayed publishing this announcement until today.

I met Leonard at McGill University. He was the president of the Debating Society and I, a lowly member of the Intercollegiate Debating Team. Exactly sixty-one years ago this November he and I sallied forth on behalf of McGill to match words and wits with undergraduates of Marianopolis College, founded in 1908 by the Congregation of Sisters of Notre Dame as the first bilingual institution of higher learning for English-speaking Catholic women in Quebec. The debate’s topic: “Resolved that the world was a better place at the turn of the Century (1900) than today (1956).”

Leonard turned up elegantly dressed as always (in a dark grey suit, white shirt and tie) and insisted on addressing me throughout the evening as Mr. Landori-Hoffmann.

Things started off splendidly and the good Sisters were very pleased initially. Then one of our opponents (they were defending the Resolution and we were opposing it) postulated that the reason for the world being in better shape “then” than “now” was because there were less condoms available in 1900 than in 1956. This inspired Leonard and me to spectacularly humorous, but cynically biting, turns of phrase which brought the house down.

To compensate for our crass insensitivity we invited our worthy opponents for a drink at the bar of the old Berkeley Hotel, just down the hill from the College, which, in 1955 was on Peel Street.

We stayed until closing time. That night, Leonard and I walked home together, sheltered from the drizzling rain by my very old umbrella, originally navy-blue, but by that time greenish from incipient mold. He had further to go than I so I lent it to him and he promised to return it the next day.

I hope he took it with him to where he went last week. May be, just maybe, it will shelter him a little from some of the vicissitudes he will have to face in the GREAT UNKNOWN.

Leonard was truly a great wordsmith, a passionate balladeer and a consummate performer. I will miss him very much.

May he rest in peace.

Next Story
Che and Chess