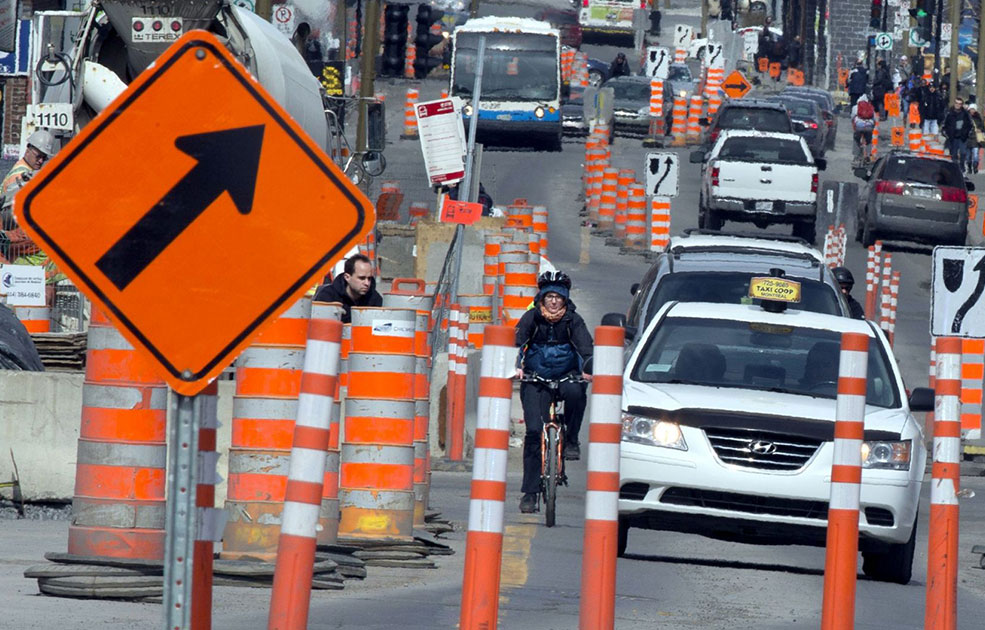 Birds of a feather…

As usual, this year’s Montreal November weather was not the kindest kind of weather that warms the cockles of the hearts of that illustrious city’s population.

No Sir, not at all. The precipitation visited upon the populace during the month’s endless days of morbid, dark dreariness had been either in the form of a nasty, cold mixture of water and tiny ice pellets – slush – or snow in overwhelming quantity, snarling traffic in a town that has become known, because of their omnipresence, the Orange Cone Capital of the world, testament to a futile effort to direct and redirect traffic around cranes installed on countless building sites created willy-nilly in a manner to obstruct automotive progress to the max.

Enough to cause depression and desperation, you say.

We, Montrealers, are an inventive lot not easily defeated.

We organize outlandish parties, such as the one I attended a couple of weeks ago, where the most unbelievable coincidences seem to occur – almost every time.

It was a latke-herring-vodka-sour-cream-applesauce and horseradish party convened by Jacob and his wonderful, patient and helpful wife Pascale, who managed on short notice to scrape together a dozen or so of the usual suspects who vaguely knew each other from the media milieu: producers, directors, script writers, actors, camera technicians … and a few ordinary “citizens”, like me.

The party was a success from the get-go thanks to the efforts of an energetic Bulgarian guest who circulated around the table, bottle in hand, ceaselessly filling glasses with vodka as she went.

Initially we were thirteen. Then a couple arrived, he a French university lecturer on the art of film-making, she, a Montreal-born director of “shorts”.

We learned that she was in mourning: her mother had died two weeks earlier. Our mood turned somber and I, the perennial pagliaccio, tried to alleviate the situation by asking those around the table about their ‘origins’, always an interesting topic in cosmopolitan Montreal.

It turned out that we were in the company of people with ancestors from Barbados, Rumania, the Indian Ocean, Bulgaria, Poland, France and Hungary (me), and, of course, a sprinkling of “natives”: Anglo and Franco-Canadians.

When I got to the lady in mourning her answer to my question surprised me no end: her mother was from Hungary. (I could have sworn that she was of French descent.)

And then came the BINGO moment I was hoping for, as always. I addressed her with the standard questions in such situations:

“What year did your mother leave Hungary?” I asked in Hungarian.

She laughed with surprised pleasure. “1947.” (The same year my mother did, I said to myself).

I pressed on. “Where did she emigrate to?”

“So did my mother,” I said. “What did your mother do there?”

“As did my mother. Would you by any chance know where she studied?” I enquired with eagerly excited anticipation.

“I don’t, but let me look it up,” she answered. “I was going through her papers the other day and came across her graduation certificate.” She produced an iPhone from her oversized purse. “I took a picture …” She found the photo. “It says here: Académie de la Grande Chaumière…”

“BINGO,” I shouted. “MY mother had studied there too, and at the same time!”

Believe it or not, they had been classmates.

So, on that night, we true Montréalais may have been confounded by orange road cones, chilled by nasty cold weather, and fighting depression… but we were warmed by crispy-hot latkes, titillated by sexy-spicy slivers of herring, buoyed by icy waves of vodka, and charmed by nostalgic coincidence and we remained undefeated.

JOYFUL HOLIDAYS AND A HAPPY NEW YEAR TO ALL

4 Responses to :
Birds of a feather…