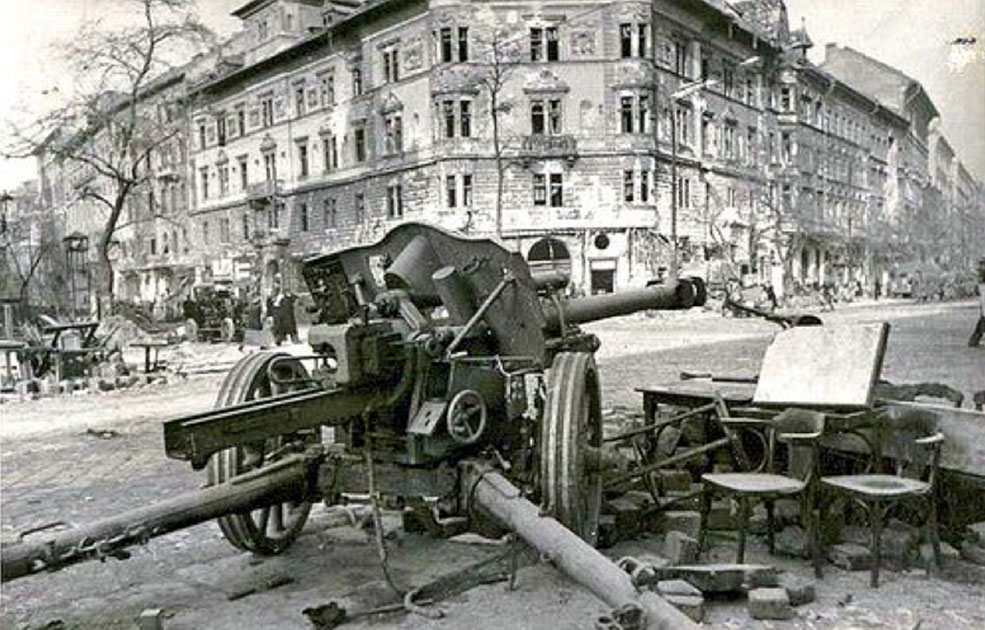 The Soviet Army has encircled Hungary’s capital city, and its generals are impatient: Comrade Stalin has ordered them to crush Budapest’s defenses without delay because he wants his soldiers to reach Berlin before the Americans get there and Budapest is in his Army’s way.

The shelling is intense and becoming more deadly by the day as the Russian field-guns tighten their grip on the beleaguered city.

I find myself having to take refuge at my Godfather’s home because, five days before Christmas, I am sent home from boarding school – the authorities had ordered the French Marist Brothers who were running the institution to close it within twenty-four hours which meant that they had to send their boarders home immediately.

And I no longer have a home to return to: my mother and sister have taken refuge in a convent already occupied by the Russians, and my father is somewhere in the Ukraine in a labor battalion.

My Godfather’s family, bless their souls, has taken me in thereby risking their lives.

It’s Christmas Eve and we’re all kneeling in front of a beautifully decorated pine tree. My Godfather, a devout Catholic, is leading us in prayer. Outside, in the pitch dark, the guns rumble on.

I look up. My ten-year old eyes search for the source of the sharp noise.

I find it and stare – transfixed, mesmerized, paralyzed – at the most ugly object I had ever seen until then in my short life.

THE PROTRUDING GREY SNUB NOSE OF A SOVIET MORTAR SHELL THAT HAD PENETRATED THE WALL OF OUR BUILDING JUST ABOVE OUR WONDERFUL CHRISTMAS TREE.

I wait, frozen, immobile, for the explosion that would kill us all.

That happened seventy-six years ago. All I have to do now is to survive Covid.

Next Story
You can’t see the shooter