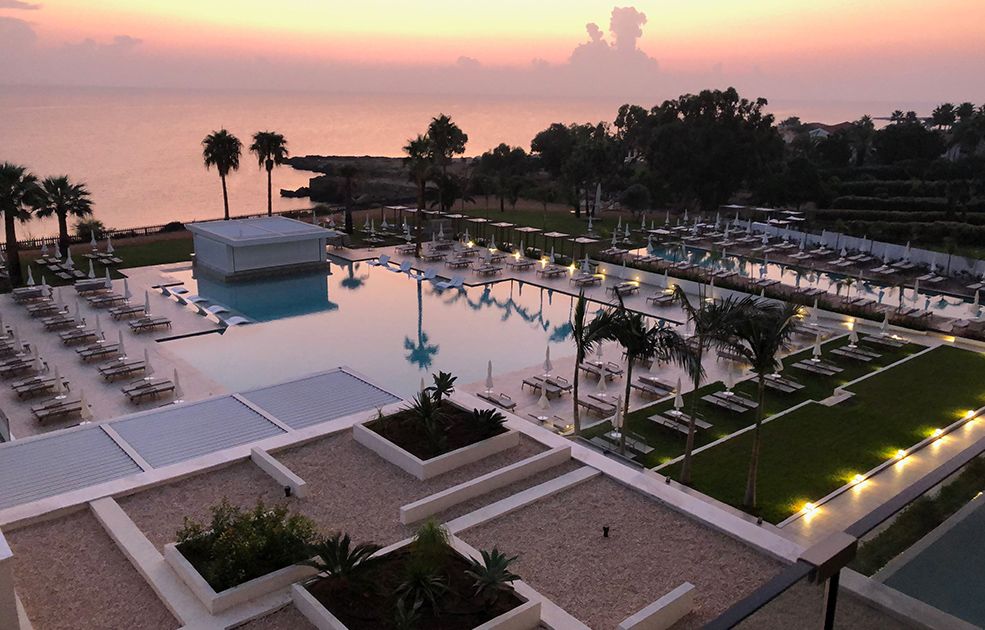 For some mysterious reason I have this fantasy that, expecting a presidential victory by the Donald, Vladimir Putin has arranged to have sway over Trump through some of his oligarch buddies endorsing his pre-presidential emergency borrowings from Deutsche Bank. Why else would that illustrious financial institution, having already been ‘burned’ by Trump once to the tune of about three hundred plus million dollars, extend financing to him again unless it had, this time around, ironclad guarantees that it would not get suckered again.

Perhaps this fantasy is being fueled by my having once served for over a decade as an Official Bankruptcy Trustee in the Cayman  Islands where shenanigans similar to what I have just described were a daily occurrence.

I am further fantasizing that the Bank has accepted said oligarchs’ guarantees because it felt absolutely safe to do so since its daughter operation in Cyprus, a favorite resting place for Russian ‘offshore money’, is in possession of trillions of dollars in deposits belonging to these influential Russian multibillionaires.

Be that as it may, I was so fixated on this idea – and  prompted by approaching winter temperatures in Montreal – that I decided to kill two birds with one stone: pre-winter holiday in the warmth of the  Mediterranean Sea and a semi-serious  effort to find some tangible evidence that I was not totally bonkers.

I took a deep breath and booked  myself into a recently built seaside hotel in Protaras, a small town north-east of Larnaka near Aiya Napa beach in Cyprus.

After five days of splashing around in a heated swimming pool I decided that the time had come to embark on my ‘secret mission’ and I left my hotel, a spanking new, luxurious establishment run by a remarkably attentive and qualified staff that had been assembled and trained in no time flat by an exceptionally capable manager.

I rented a car and drove to Nicosia, the Republic of Cyprus’s capital city, to find out how off-shore banking worked on this small  island.

Cyprus is in the Eastern Mediterranean. After three centuries under the Ottoman yoke, it was formally emancipated and annexed by the United Kingdom in 1914. The Turkish Cypriots, who made up only 18% of the population (the balance –  80% = being Greek), were not happy with this arrangement so they talked Turkey into invading Cyprus in 1974 and creating a separate Turkish Cypriot State in the north, established by unilateral declaration.

The international community considers the northern part of the island to be territory of the Republic of Cyprus occupied by Turkish forces. The occupation is viewed as illegal under international law and amounting to illegal occupation of EU territory since Cyprus became a member of the European Union.

In spite of this rather strange arrangement, Cyprus has developed a sophisticated and advanced financial services sector and there are currently over 40 Cypriot and international banks operating in the island, plus, of course, the private ones.

I strongly suspect that several of the  banks are owned by Russian oligarchs and at least one of the private banks is closely related to Deutsche Bank.

On my way to Nicosia, the capital of the Republic, I stopped at a small village called Pyla that is bisected by the so-called boundary (the Attila Line) between the north and the south. I found that the Greek Orthodox Church was less than a stone’s throw from the Muslim Mosque with no UN Buffer Zone between. Apparently, Greeks and Turks are coexisting peacefully in the village without being monitored. I located the UN Police Station (No.129) – it was unmanned. 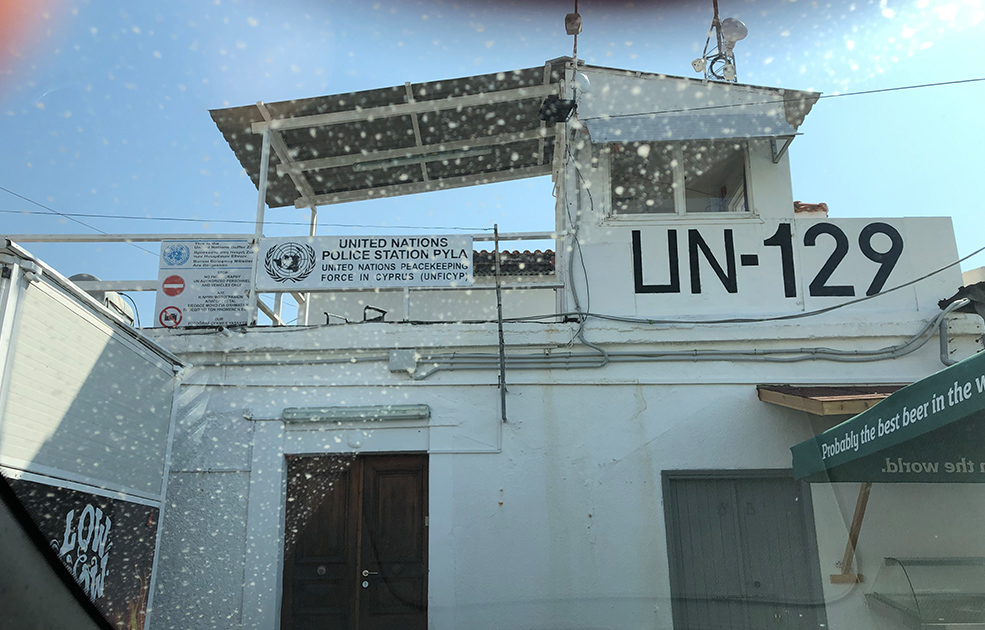 Not so in Nicosia.

Following the 1974 Greek Cypriot coup d’état and the Turkish invasion of Cyprus, the United Nations Security Council extended and expanded the Blue Helmets’ mission to prevent the dispute between Greeks and Turks turning into war. The Blue Helmets were  redeployed to patrol the Cyprus Buffer Zone and to assist in the maintenance of the military status quo.

Nicosia is divided in two by this UN Buffer Zone. There are two checkpoints in town where one can cross from the Greek side to the Turkish side and vice versa. Both visitors and locals must show acceptable identification when they cross. (I felt as if I were in post-World War 2 Berlin at Checkpoint Charlie in the late forties as I trotted docilely from the Greek police hut to the Turkish one across fifty meters of no-man’s-land.)

The Buffer Zone is home to some 10,000 people and there are several villages and farms located within. The village of Pyla is famous for being the only village on Cyprus where Greeks and Turks live side by side in peace.

Turkish forces built a barrier on the zone’s northern side, consisting mainly of barbed-wire fencing, concrete wall segments, watchtowers, anti-tank ditches, and minefields. The closed-off zone has become a haven for Cyprus’ wildlife, an example of an involuntary park.

As for my fantasies, I am sad to have to report that I found no evidence to support that my fantasies are based on reality.

7 Responses to :
Cyprus – A Bizarre Place