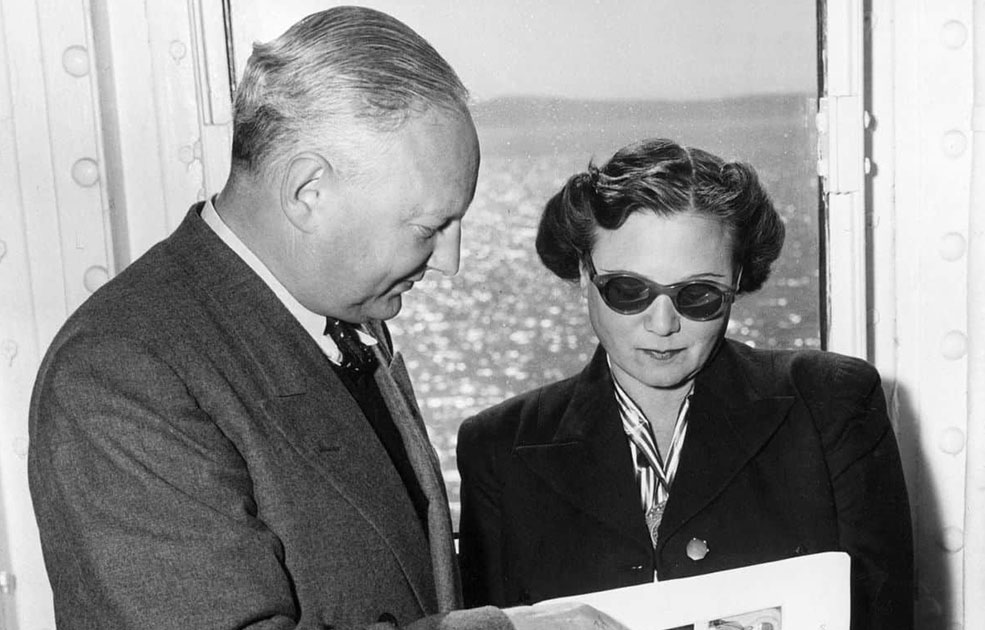 Max Stern was a German-Canadian arts benefactor, art historian and owner of Montreal’s landmark Dominion Gallery. Born in Germany in 1904, to a father who was a prestigious art collector, he chose to study art history. In 1934 he took over the management of the Dusseldorf Galerie Stern upon his father’s death. In December 1937 he was forced to auction off the majority of the gallery’s inventory at ridiculously low prices by order of the Nazi Government. The remaining works of art were confiscated by the Nazis and he, as a Jew, was forced to leave Germany. He fled to the UK.

When World War II broke out he was interned as an enemy alien on the Isle of Man and was finally allowed to emigrate to Canada in 1941.

Because of Stern’s academic background and art dealing experience he was named director of Montreal’s Dominion Gallery of Fine Art which he and his wife ultimately acquired. Together, the couple made the gallery a focal point for the distribution of living art by Canadian artists.

Max Stern died during a business trip to Paris in 1987.

The Max Stern Art Restitution Project’s initiative has been to locate and recover works from the original Stern collection that were lost during the 1930s. The collection held an estimated 400 pieces in total. Sadly, less than twenty of these paintings have been recovered to date. A long and arduous project, efforts are still being made to recover all Stern pieces lost under the Nazi regime.

In 2017 a scheduled exhibition in Dusseldorf about Stern and the Restitution Project was abruptly cancelled due to local opposition, leading to intense controversy. (Wikipedia).

My mother was a well-known painter-etcher and engraver. Her works can be found at museums around the world: in Montreal, Ottawa, Toronto, Paris, Quebec City, Washington, Budapest, Ljubljana, Vienna and São Paulo to mention just a few, as well as in numerous private collections.

She served as President of the Society of Canadian Painter-Etchers and Engravers’ Quebec Division from 1961 to 1976. She was a member of the Canadian Society of Graphic Art (1972-1976), and the Société des graveurs du Québec (1972-1987). As such, she visited the Sterns frequently.

One day in 1965 she asked me to pick her up at the Dominion Gallery on Sherbrooke Street. She was conferring with Max Stern when I entered, who, when he saw me, blanched. “Wait here,” he commanded and headed for his office.

He returned a few minutes later with a photograph that he held out to me. “Look at this,” he said and began to laugh, as did I.

“You see, we could have been DOPPELGENGERS had we been living in the same time-space continuum as Albert Einstein would have said.”