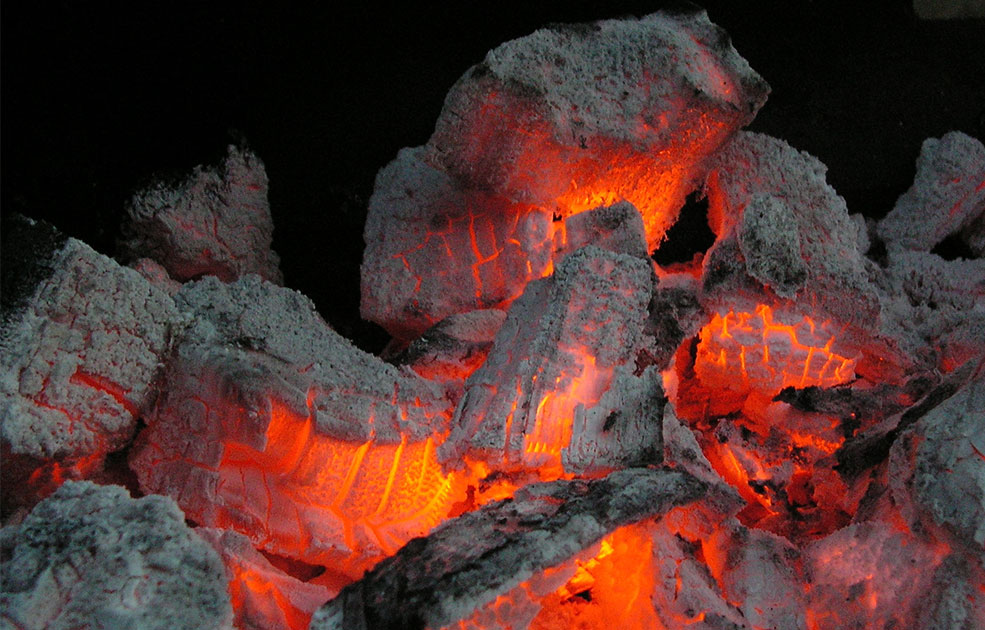 When I crawled out of bed this morning the outside thermometer indicated FORTY degrees BELOW zero Celsius and the temperature inside my cottage was also low – a threatening seventeen plus.

I fetched some wood from the basement and laid a fire in my wonderful cast-iron stove then watched the flames as they began to bite into and dance around the wooden pyramid I had constructed around the kindling in the grate.

Outside, the sun shone brilliantly and the snow glittered invitingly.

It was an ideal day for testing my new winter overcoat, complete with silver-fox fur-lined hood, that its maker, Kanuk, guaranteed to keep me warm in temperatures as low as forty below.

I did my usual lake bit – walking around Lac Carré in twenty minutes – and, yes, my overcoat and hood kept me toasty.

Back in the cottage the fire in the stove had abated. The embers glowed a vivid red, but I didn’t see them as such. Instead, I saw a field strewn with burning airplane and body parts where one hundred and seventy-six innocent, defenseless and unsuspecting people died at the hands of irresponsible, untrained zealots.

Collateral damage you say. Caused by what? Caused by whom? Certainly not the sixty-three Canadians who perished in the incident.

It took two days for the Iranians to admit what the whole world had known almost immediately!

I am fiercely proud that, within ten days of the shoot-down, my country’s government came to the aid of the unfortunate victims’ families with grants of twenty-five thousand dollars for each life lost.

As the saying goes “Quick Help is Double Help”.

We all know who and what caused this unforgivable and avoidable incident, but he of course, has neither the humility to apologize,, nor the empathy to offer help.

Previous Story
What If… ?

Next Story
Going to The Movies December 1945