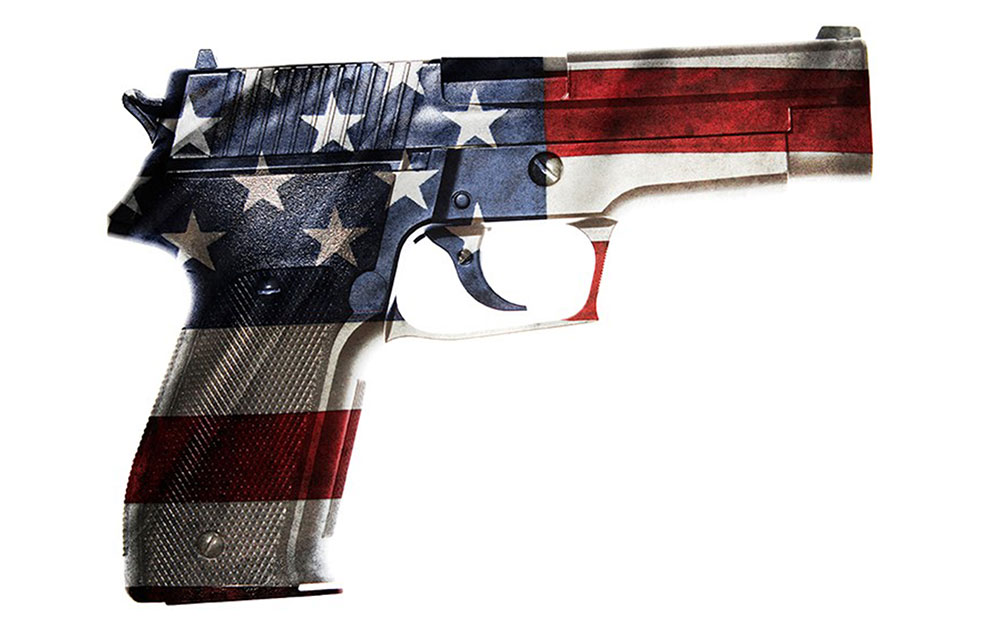 Dedrick Owens was six years old when he shot and killed his six-year-old classmate, Kayla Rolland, with his uncle’s gun because he didn’t like her. (Among the twenty murderers known to be younger than thirteen years of age world-wide, all but seven were United States residents.)

Robert Bowers was 46 when he shot and killed eleven worshipers at the Tree of Life Synagogue in Pittsburg, Pennsylvania.

What do these three people have in common?

You say that, clearly, it’s that their ages end in sixes.

True, but this is not what is noteworthy!

WHAT IS NOTEWORTHY IS THAT ALL THREE HAD EASY ACCESS TO GUNS.

The devastatingly simple answer to this gut-wrenching question is because of the Second Amendment to the US Constitution which reads as follows: “A well-regulated Militia, being necessary to the security of a free State, the right of the people to keep and bear Arms, shall not be infringed.”

It is this sentence that enables the National Rifle Association and other gun lovers in the United States to defeat every effort on the part of the authorities to control the willy-nilly sale of weapons to the general public.

By shouting “unconstitutional” and following up with generous campaign contributions to legislators and then legalizing their actions by claiming their donations are to protect the Constitution, however out-of-date some of its clauses may be.

To millions of Americans the Constitution’s text is carved in stone.

For me, to give permission for members of the general public to “bear arms”
is a strange concept because I have been brought up in England where, in my youth, not even the policemen were armed.

To stop gun-killings in the US requires draconian measures but, and this is the rub, they must be such that that they do not run afoul of the principles outlined in the Constitution.

Simply put, this means that, to succeed at controlling guns, we must act in a way in which we can have our cake and eat it at the same time.

Here is one way how:

Too draconic and complicated, you say.

May be, but less expensive than the cost of the carnage (in health care, funeral costs, loss of human talent and just plain suffering) presently being visited upon us by those who use guns with evil or irresponsible intent.

All THAT IS NEEDED IS THE POLITICAL WILL of a courageous administration.

Let me share with you the words of my friend whom I had asked to preview this blog: Where are the aliens who will land on earth and implement this, along with climate control, access to medical care and a right to free education for all?

Next Story
Birds of a feather…