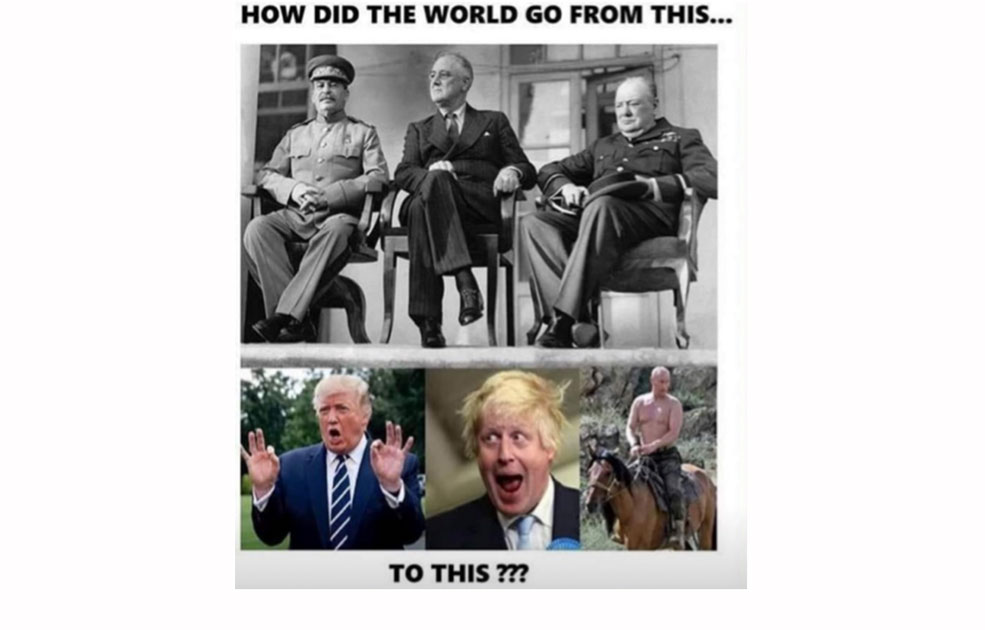 Once again, I am on our cottage’s porch near Mont Tremblant, sipping Lavazza coffee and munching fresh, crusty croissants that I smear with honey. The early morning sun, glittering above our lake’s mirror-still water, is rising. The weather is unseasonably warm – compensation for a rather poor summer.

I am waiting for the geese. And here they come, a dark, delicate ribbon of honking, flapping wings winding its way South in an incredibly blue autumn sky.

I am happy and at peace with the world.

Then my computer blinks and the picture of six men appears on its screen: two tyrants, two statesmen and two buffoons.

One of the buffoons is harmless, just misguided. The other, his own worst enemy, is mean and vengeful. An egomaniac, he suffers from foot-in-mouth disease. Unfortunately, he happens to be the world’s most powerful man.

He breaks up families by separating children from their parents, does not believe in climate change and is openly racist.

I suspect because he wants to keep on being the Star in the arguably best current TV Series called ‘The Apprentice President’.

I can understand that. Egomaniacs need that kind of self-satisfaction.

Regrettably though, through his ignorant, malevolent actions he will convert our home, which we call Earth, into an uninhabitable ball of mud, spinning madly about its own axis in a vast and infinitely dangerous universe.

Next Story
Cyprus – A Bizarre Place