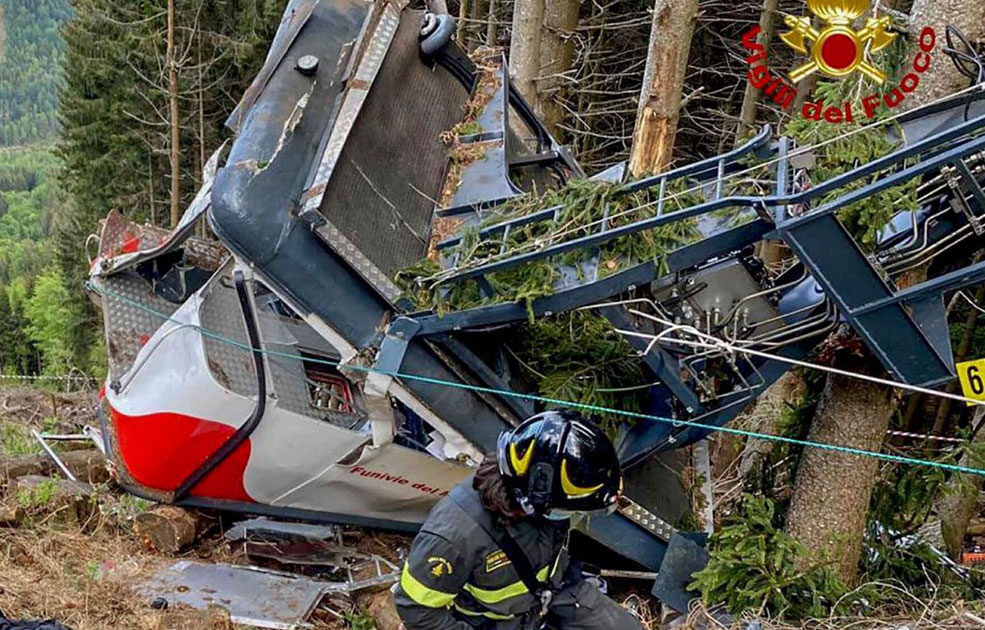 Budapest Radio, operated by the German Occupying Army, was using the station’s transmitter to warn inhabitants of the Hungarian capital (Krokodil Gross) about yet another wave of Allied aircraft on its way to bomb Budapest.

It was a Monday afternoon and this meant that we were in trouble. My father had come home for a three-day furlough from his Army unit and was supposed to have returned to it by Sunday midnight, but, Monday being the day after St Stephen’s day, a national holiday, he had decided to risk ‘overstaying’ his leave, hoping that his sergeant (who would also be delaying his own return) would cut him some slack.

But, technically, being at home on that particular Monday meant clearly that Dad was AWOL.

He did not want to aggravate his case by being seen in the ‘hood, so he decided not to take refuge in the cellar where the neighbors – some of whom known to be police informants – had gone to shelter during the air raid.

I asked to be allowed to stay with him and he said, yes.

We opened the big living room window on the third floor – it was a hot summer evening – and watched as the bombs began to fall.

Standing beside my Dad, I saw the bomb hit the house four doors down from us, but I never heard it.

Because the blast sent my nine year old body flying across the room to land softly on the sofa in front of the wall opposite the window.

Amazingly, my father never felt the blast, but the ‘bang’ of the explosion really shook him.

Jasmine Yacoub’s family emigrated to Canada from Lebanon in 2009, when she was ten years old. They had to leave her Grandfather behind because he absolutely refused to leave the country; he liked his life and friends in Beirut, and felt no desire to change his ways.

Jasmine adored her Grandfather and missed him very much. So when she graduated from La Polytechnique in 2020, her father, my very successful optician in Montreal, gave her a special gift: an all-expenses paid, two-week trip to Beirut to visit the old man.

Her Grandfather lived in a luxurious condo on the eighth floor of an elegant building facing the port in the Mar Madwar district. The day after Jasmine arrived, they had a late lunch on his terrace, at the end of which she went back back to the kitchen to make the old man an espresso. While the coffee machine was sputtering she put some biscuits, sugar, cream, a cup and milk on a tray and opened the door to the terrace. She took the tray and placed it on the table in front of the old man then went to fetch the coffee. She was in the process of filling his cup when 2750 tons of chemical material stored in a warehouse at the city’s port exploded. The blast hurled her body through the open door and smashed her head against the kitchen wall. She died on the spot.

WHY SHE AND WHY NOT ME?
LUCK PERHAPS, OR LIFE’S CRUEL LOTTERY?