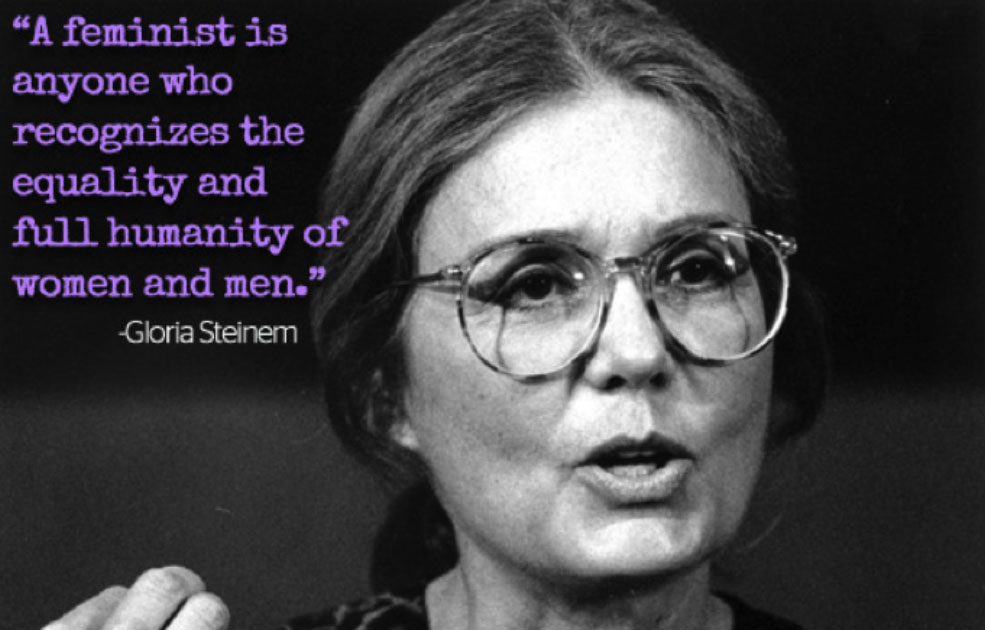 During my long and rather eventful life I had the privilege of meeting a number of people whose devotion to the cause in which they believed was absolute.

Such a person is Gloria Steinem.

I met Gloria on a number of occasions in New York and in Montreal. She was always gracious, elegant, erudite and eloquent.

I particularly remember having dinner with her at Sette Mezzo a restaurant on the Upper East Side’s Lexington Avenue.

The deco: dominated by large playing cards painted on the walls (hence the name – after the popular Italian card-game – though some say it’s so named after its half-way location between 70th and 71st streets). The menu: simple, consistent, comfortable and prepared to perfection.

I cannot remember what we were talking about, but I do remember her smiling at me and saying: “You should give women more of a chance.”

I didn’t understand what she meant and said so.

“Did you notice,“ she replied, “that, whenever you meet a couple, you ask the woman her name, then turn to her male partner and continue conversing with him without saying another word to the woman?”

She laughed: “Yes you do, especially at dinners.” Then she added the obvious: “Women are interesting persons too.”

This simple, brief conversation profoundly changed, to my immense benefit, my way of looking at women forever.

Next Story
Extraordinary Memory – A Must for Politicians