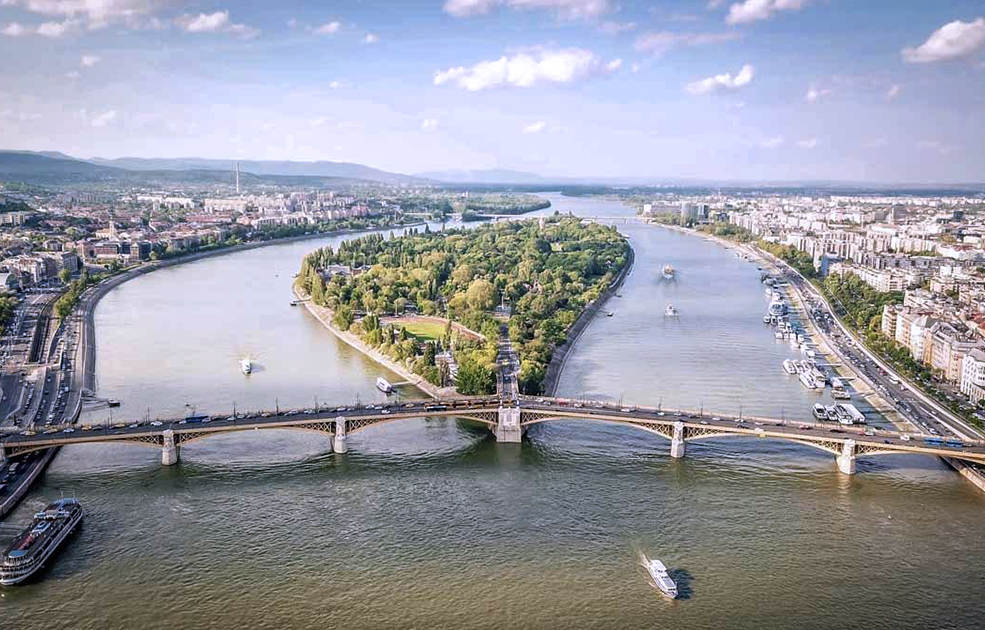 A month ago I told you a story about an island in the middle of the Danube river.

Allow me to tell you another.

At the beginning of the thirteenth century the big bad guy in Eastern Europe – the epoch´s “Putin” – was a megalomaniac called Ghenghis Khan. He hailed from present-day Mongolia and headed an empire that, at its height, reached from the Sea of Japan in the East all the way to the Carpathian Mountains and the Levant to the West. He created this ¨conglomerate¨ by raising armies that were mercilessly cruel and consistently so to the point where a rumor that the Mongol hordes were approaching was sufficient to make their enemies flee in terror.

One of those who fled – in 1226 – was King Bela of Hungary who escaped with his family to the Klis Fortress in Croatia.

His daughter Margaret was born there in 1242 – the eighth and last daughter – and 9th of his 10 children. Upon her birth Bela vowed that, if Hungary were liberated from the Mongols, he would dedicate the child to the Church.

At age ten, Margaret was transferred to the Monastery of the Blessed Virgin founded by her parents on Nyulak Szigete (Rabbit Island) in the middle of the river Duna near Obuda (today Saint Margaret’s Island, named after her). She spent the rest of her life on the island, dedicating herself to religion and charitable deeds and opposing all attempts of her father to arrange a political marriage for her with King Ottokar II of Bohemia.

The ruins of the monastery and the buildings surrounding it where she lived with eighteen other nuns are in still very much in evidence.

Margaret died in 1270 and was finally canonized by Pope Pius XII on November 19, 1943, at that time the feast day of her aunt, Saint Elizabeth of Hungary.

I sincerely hope that Vladimir Putin, the newest East European megalomaniac, intent on recreating an empire similar to Ghenghis Khan’s, will not succeed in his efforts, although the thought of the Hungarian Prime Minister Viktor Orban having to flee does have a certain appeal for me.

But, of course, Viktor would not have to flee. Rumor has it that he and Vladimir are buddies.

Next Story
“Whitewash” – The Audio Book