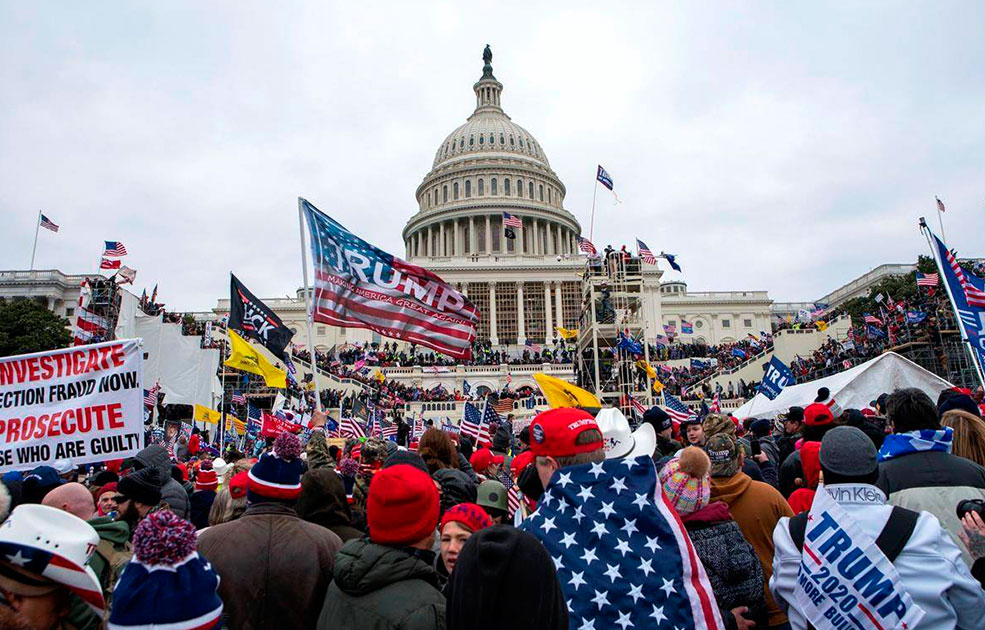 One of the great disadvantages to a long life is the uncomfortable fact that one has to witness many shocking happenings at first hand without being able to influence their outcome in any meaningful manner.

The invasion of my motherland by the Germans in 1944 was my first such event. Then came the Hungarian revolution of 1956, followed by the 1970 October Crisis in Quebec. In 1988 PanAm Flight 103 was bombed over Lockerby and in 1995 the Oklahoma Bombing took place. In 2001 New York’s Twin Towers were destroyed.

And so it went, event after event – most of them predictable: the London bombing in 2005, the Mumbai terrorist attack in 2008 and the Moscow Metro bombing in 2010. The frequency of disastrous terrorist events was rapidly increasing all over the world.

And then, on January 6, 2021, came the Chimborazo of all terrorist attacks – not because of the number of lives lost, but because it signalled the rapidly approaching end of an empire.

Yes, empires come to an end. Just like the stock market, the history of the greatest empires is cyclical in nature. Even the most powerful empires have crashed and burned – and it is this creative destruction that creates the next opportunity for new civilizations and cultures to rise. (Wikipedia)

Empires tend to decline when they start losing their Moral Compasses. The US Empire has started to lose its Moral Compass not when its Capitol was overrun by a crazed out-of-control mob, but when members of its Republican Party’s Senate refused to hold to account those who incited the rioters.

Next Story
Lincoln Was Right