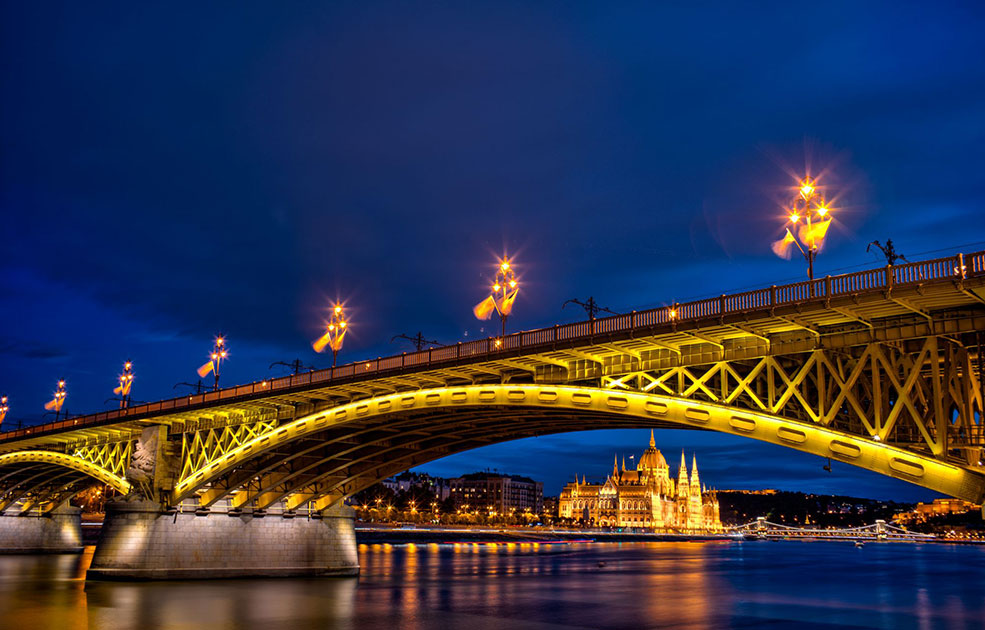 Nineteen forty-four was a horrible year in many parts of the world: the bombing of London by the Luftwaffe, the invasion of Hungary by the Germans, atrocities by the Nazis in France … all better forgotten, but not forgiven … and yet .. and yet … some bizarre happenings that I heard about later on, so strange that they merit an ironic nod.

In the late summer of the year the German Occupying Army, anxious to slow the advance of Soviet troops, mined the bridges over the Danube leading from Pest to Buda.

One of them, the Margit Bridge, built in 1876 – so named because it not only leads from Buda to Pest, it also ‘touches’ St Margaret’s Island in the middle of the river – blew up prematurely on November 4, 1944 while soldiers were trying to mine it. (A watercraft passing beneath it accidentally ignited one of the primer fuses, causing a violent explosion.) Three pillars on the Pest side of the bridge were blown up, causing much of the structure to collapse into the Danube.

Passengers in a streetcar that fell into the river and many dozens of pedestrians (soldiers and civilians) lost their lives.

Some years later, it was determined that the bridge would have collapsed anyway had there been as many people on the bridge at the moment of the explosion as had claimed to have been killed – AWOL German and Hungatian soldiers, persecuted Jews and Roma – people who had reason to hide from the authorities.

To hear the music Django Reinhardt was playing, click the button below.

Next Story
The Russian Bear