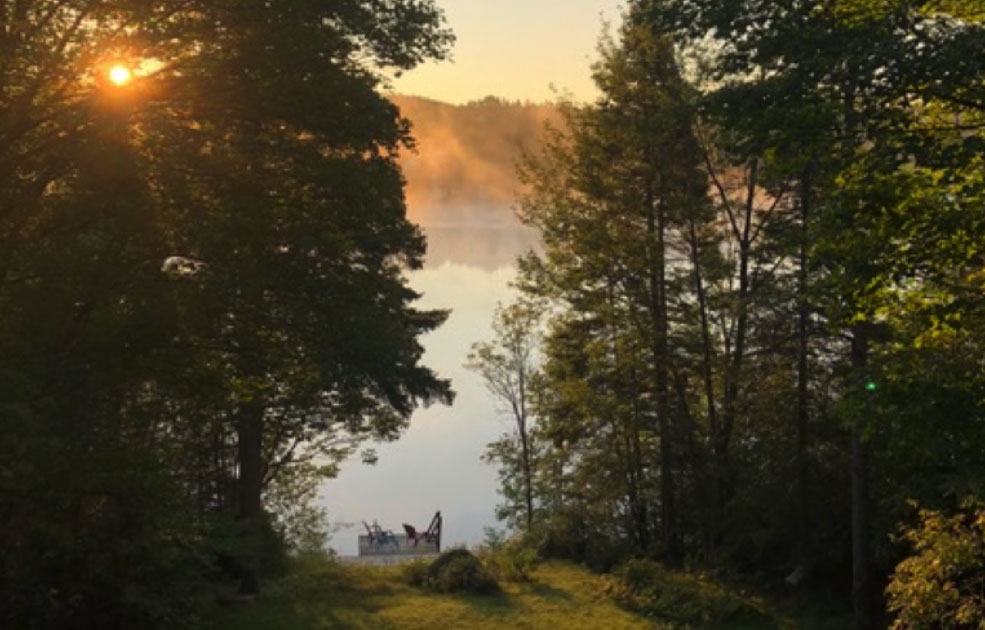 Three Men in a Boat

I sat on the porch of our summer cottage and watched, through the still leaves of the trees, the rising sun dancing on the lake’s water. It was early September, summer was over. The weather was cool, but the sun’s rays kept me warm in my hoodie.

I rummaged around a bit and found myself holding a book (one of my all-time favourites) about three British ‘gentlemen’ in a boat who, with their dog, Montmorency, row, punt and tow their vessel up the river Thames from Kingston to Oxford. 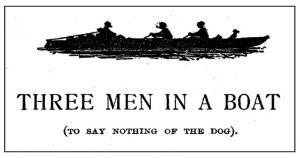 Written in August 1889 by Jerome K. Jerome (few people know that the K stands for ‘Klapka’ – the family name of a famous Hungarian General) the book took the world by storm.

Here is what the author said about this a few years after its publication:

The world has been very kind to this book. Sales of the English editions in their various forms exceeded a million and a half, and sales in the United States had exceeded a million; and, although, in consequence of having been published before the Copyright Convention, this has brought me no material advantage….. It has been translated into, I think, every European language, also some of those of Asia.

I have written books that have appeared to me more clever…. more   humorous, but it is as the author of Three Men in a Boat … that the public persists in remembering me.

Indubitably, the book is a little masterpiece: elegant, and very funny as it gently pokes fun at life in affluent England towards the end of the nineteenth century.

My copy of the book, Three Men in a Boat, to say Nothing of the Dog, was published in Moscow in 2002 and was intended for Russian-speakers trying to learn about ‘typical British upper-middleclass customs, behaviour and – above all – language i.e. how people spoke and what turns of phrase they employed’.

Its endearing quality lies in the humorously self-deprecating and impeccable Britsh-English style in which it is written.

When asked what he remembered about writing the book Jerome said:

I hardly remember doing so. I remember only feeling very young and absurdly pleased with myself for reasons that only concern myself. It was summertime, and London is so beautiful in summer. It lay beneath my window, a fairy city veiled in golden mist, for I worked in a room high up above the chimney-pots and, at night, the lights shone far beneath me so that I looked down as into an Aladdin’s cave of jewels. It was during those summer months I wrote this book; it seemed the only thing to do.

The sun kept shining on the porch. As I read, I kept laughing and feeling very good about life, and then Susan brought me baveuse scrambled eggs and toast for breakfast – which made life feel even better.

3 Responses to :
Three Men in a Boat