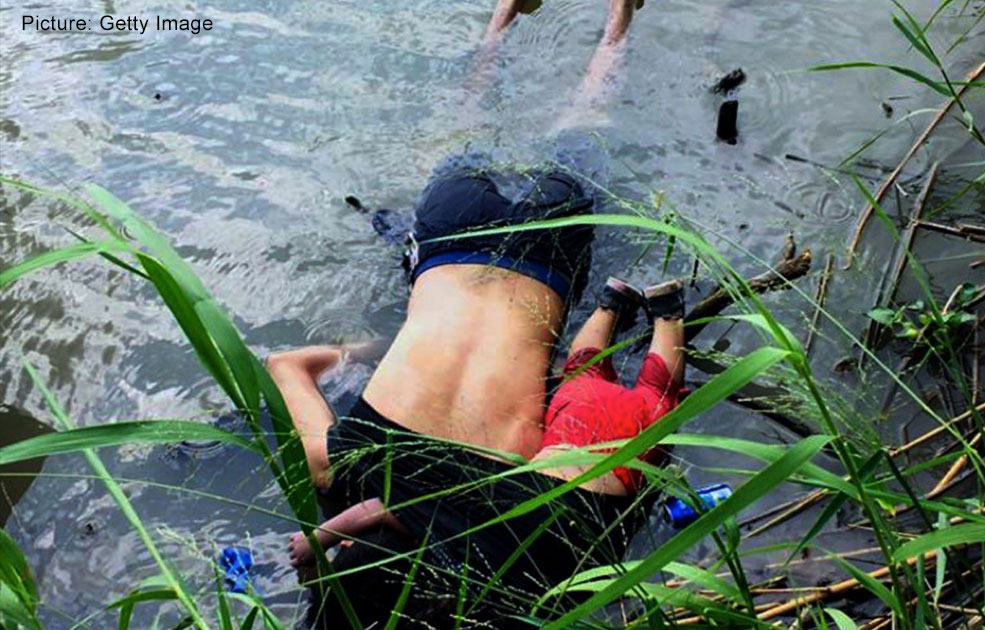 How can we tolerate this?

Oscar Alberto Martinez Ramirez wanted a better life for his toddler daughter Valeria – but instead they will be remembered for dying as they tried to cross the Rio Grande. A devastating picture has emerged of them lying dead on the banks of the river after they desperately tried to get into the US.

He tucked his 23-month-old daughter into his t-shirt and her arms are draped around his neck as she clung to him in her final moments. Ramirez, from El Salvador, had become frustrated at being unable to present himself to US authorities to request asylum.

So on Sunday he decided to try and swim across the river with his daughter. He made it across and left his daughter on the bank of the river before heading back to get his wife Tania Vanessa Avalos. But as he swam away Valeria became frightened and threw herself into the water.  He went back and managed to grab Valeria, but they were swept away by the current.

DONALD J. TRUMP, you are indirectly responsible for this. You have the power to stop such things happening again.

Show that you have a humane side and act to make sure that no more innocents die like 23-month-old Valeria Martinez Ramirez did.

Previous Story
Magyars in the Movies

5 Responses to :
Who We Are